Building a team that builds your business. 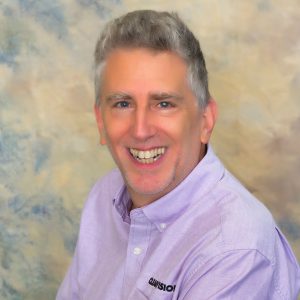 Staffing a Winning Practice and Creating a Culture of Success

Staffing and culture are two of the keys to having a successful practice. This course will guide you through choosing the right employees for your team and creating a positive culture that reflects the core values of your practice. By doing so you can increase your productivity, improve customer service, and ultimately – boost sales.

David Friedfeld is president of ClearVision Optical, one of the largest family owned eyewear distributors in North America. Based in Hauppauge, NY, ClearVision designs and distributes eyewear and sunwear for 11 distinctive brands including BCBGMAXAZRIA, BluTech Eyewear, Ellen Tracy, IZOD, Jessica McClintock, Op, Revo, and Steve Madden, as well as its own collections including Aspire Eyewear, ClearVision Collection, and Dilli Dalli pediatric eyewear.

David provides vision and leadership to all areas within the ClearVision organization. Under his guidance, ClearVision has received countless honors and accolades from both the eyewear industry and the business community. David has appeared on several internet radio shows including The Growth Strategist, The CEO Show, and Power Hour, and is a featured speaker at many industry related events.

In 2010, the company’s BCBGMAXAZRIA eyewear line was honored by Vision Care Product News as one of the “Top Ten Products of the Decade: Eye & Sun,” and in 2015, its Aspire Eyewear collection received an optical industry EyeVote award for “Best Frame Brand – New Launch.” ClearVision is also consistently ranked as one of the top 5 suppliers in the U.S. in several categories by Jobson Research, a leading source of business intelligence in the optical industry.

ClearVision was recognized by New York SmartCEO as a 2016 Family Business Awards honoree. Additionally, the company was named one of the Best Companies to Work for in New York State in 2015 and 2016. ClearVision’s commitment to providing excellent customer service was recognized at the 2016 Steve Awards for Sales & Customer Service, where the company received two gold and two silver awards.

In 2013, David supported the implementation of 3D printing into the product development cycle at ClearVision. An avid new media follower, David strongly embraces new and innovative technology while remaining committed to meeting the needs of customers in today’s ever-changing technological landscape. In his spare time, he enjoys reading and running. He and his wife Vicki live on Long Island and have four children, Jake, Sam, Faith, and Lucas. Connect with David on Twitter and Instagram @OpticalBuddy. 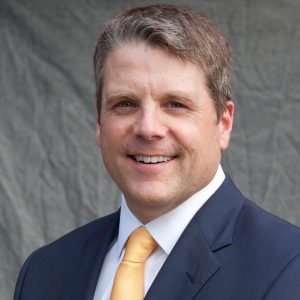 The Building Blocks of Culture 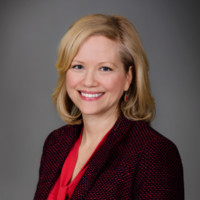 With Jill Johnson, VP of Human Resources at IDOC

Dave Brown, CEO, and Jill Johnson, VP of HR, at IDOC will talk about the Company’s journey to build a distinct culture at IDOC. Building a unique culture for your business does not need to be complex, but does require the collective voice of your people. Dave and Jill will walk through the basic building blocks that IDOC and its employees have taken to create and foster a culture that is grounded by purpose and brought to life by its values.

Dave is the president & CEO of IDOC, the largest independently owned alliance of independent Optometrists in the US, headquartered in Norwalk CT. Dave joined IDOC in 2014 and rapidly ascended to CEO, grew the membership, offerings and business overall and then lead the successful sale by PE firm The Riverside Company in November 2016 to Investors Management Corporation. Today IDOC continues to evolve and grow, offering unique practice solutions for the independent OD who wishes to thrive in a competitive and growing vision care industry.

Jill Johnson joined IDOC in January 2019, where she serves as Vice President, Human Resources. In her role, Jill has direct responsibility for people-focused initiatives to include learning and development, organizational planning, rewards and recognition, talent acquisition, employee communications, HR Consulting & Services, and promoting a culture at IDOC where people come first, always.

Before joining IDOC, Jill held various HR leadership roles in multiple industries, both domestic and international. With over 15 years of progressive HR leadership experience, Jill has proven expertise effectively partnering with leaders in building out organizational excellence. Every day, Jill comes to work excited to bring her passion for organizational and people development to IDOC. Jill holds a BA from Columbia College Chicago and an Executive MBA from Saint Mary’s College of California, where she graduated with Honors. 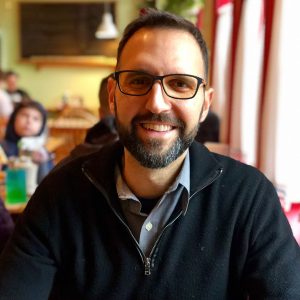 Psychological Safety - The Most Effective Teams Get This One Right

First identified by Harvard Business School Professor Amy Edmonson in 1999, psychological safety is as an organization’s cultural predisposition for giving candid feedback, openly admitting mistakes, and learning from each other as part of an office’s code of conduct. Why is this important to you and your team? Psychological Safety has been cited as one of the most important aspects that has led to the success of iconic companies like Google, Apple and Amazon. If your not already on a high performance team it’s possible to cultivate it to get the best input, feedback and performance from your team.

Dr. Larry Golson received his undergraduate Degree from UGA and went on to SCO in Memphis, Tennessee to earn his Doctorate in Optometry. He participated in three vision service trips to Costa Rica and Bolivia with SVOSH – Student Volunteers for Optometric Service to Humanity. During his final year in optometry school, he was chosen to assist staff doctors in instructing third-year students. He served internships at the Eye Care Center of Colorado Springs, a private practice, and the Clayton Eye Center in Atlanta, where he received training in practice management and ocular disease.

Following graduation, Dr. Golson moved back to Atlanta as an associate optometrist at several practices and was able to witness the good, the bad and the ugly of practice management. Dissatisfied with the level of care and sense of team in private practice, he moved to Asheville in 2006 to pursue his own private practice and a great quality of life in our beautiful WNC mountains. He began reading books, researching and learning what makes organizations within and outside of eye care great.

Dr. Golson opened Envision Eyecare “cold” in 2008 in a saturated area for eye care and in the worst economy since the Great Depression. Despite these challenges, he has grown to a medium sized practice with a second doctor and a team of 15 members. He attributes his growth to creating a cohesive, collaborative team who delivers top tier patient care through “The Envision Eyecare Experience.” His practice is welcoming from first contact and the interior design is warm, inviting and contemporary and has been featured in national publications. For more than a decade, Dr. Golson has humbly sought out his own mentors, coaches and consultants to draw the most useful lessons and create the leader he is today. He is passionate about self-cultivation, growth and the development of his team and his own business acumen.

Dr. Golson consults for Optometry practices and owners on a variety of topics including company culture, defining the purpose for a practice, creating SOPs, cultivating accountability and candid communication, and how to achieve financial success. He can be reached at drg@myenvisioneyecare.com